Diesel Honored for Taking a Bite Out of Crime 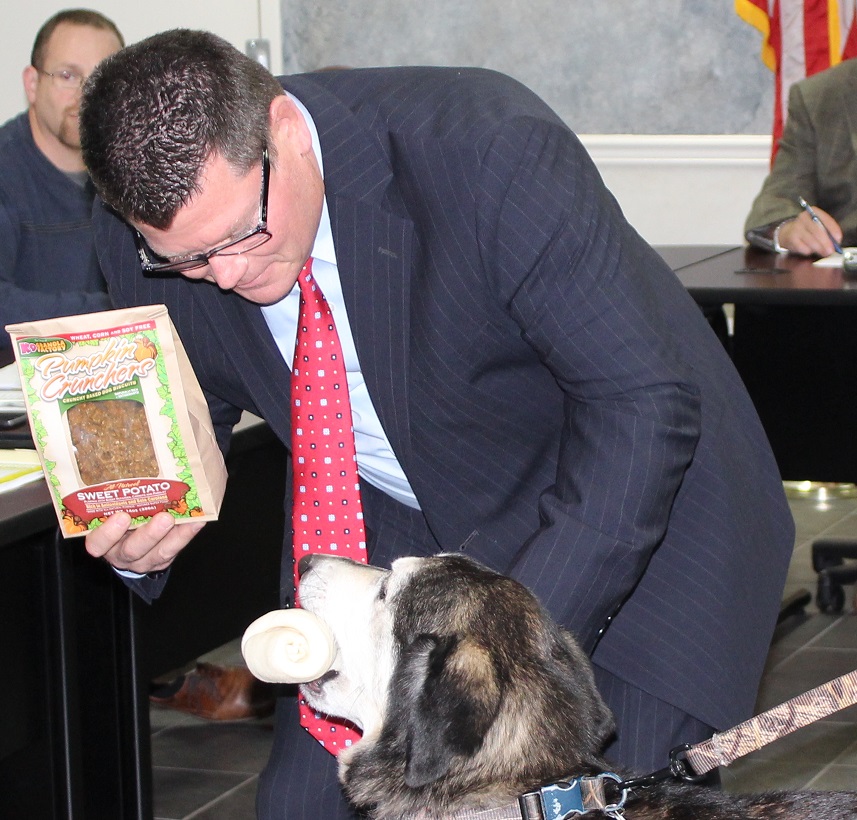 Investigation found that a heavy set Hispanic male entered the store and was meandering through the aisles.  After several other customers left the store, the male approached the register and paid for a small item.  As the clerk was making change, the male produced a pistol and placed it on the counter.  The male then demanded the money from the register.  The male then fled from the store running southbound with an undetermined amount of cash.

On 12.15.2015 the Northern York County Regional Police Commission honored Diesel for his actions on the night of this robbery.

Diesel was given a Meritorious Service Award for his actions.  Diesel was also rewarded with a new dog bone and treats provided by White Dog Bone Company and the K9 Granola Factory.

Click on the link below for the full commendation: