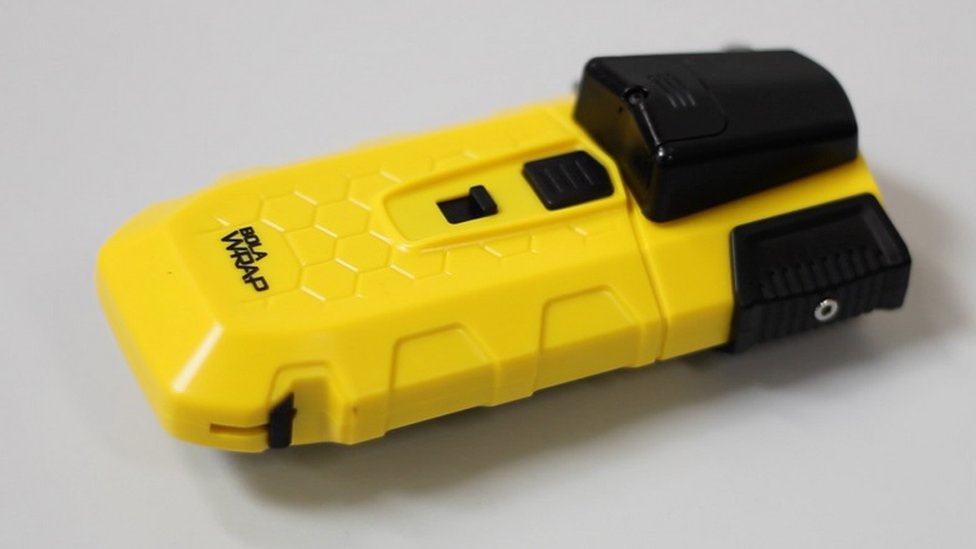 On June 3, 2022, two officers of the Northern York County Regional Police Department in Pennsylvania responded to a domestic dispute. When the officers arrived on-scene, the subject responded with hostility and attempted to initiate a physical altercation. After various threats and erratic behavior from the subject and multiple requests by the officers for compliance, the officers were able to coordinate a plan to use the BolaWrap to restrain the subject.

The BolaWrap was deployed to the subject’s arms and immediately redirected the subject’s attention and de-escalated the situation. The officers were able to swiftly contain the subject with handcuffs without the need for other tools or higher levels of physical force. The subject was safely taken into custody and transported to a nearby hospital for a mental health evaluation.

“The BolaWrap once again proved to our officers that it is an effective way to de-escalate volatile situations,” said Chief David Lash of the Northern York County Regional Police Department. “In this instance we had a man in crisis who was attempting to engage officers in a fight. The officers on-scene were quickly able to deploy the BolaWrap and take the subject into custody without the use of any force. In fact, the male asks the officers ‘Did you think they hurt? They didn’t hurt.’ Neither the male nor the officers sustained any injuries, and we were able to get the man the help he needed. There is not another tool or weapon that we carry that would have allowed this situation to play out the way it did. The device worked exactly as intended.”

“Northern York Police Department has truly exemplified proper training and field use of the BolaWrap and their dedication to force avoidance,” said Wrap CEO, TJ Kennedy. “We celebrate another successful BolaWrap deployment that ends with everyone safe, and the situation resolved.”

Wrap’s BolaWrap® Remote Restraint device is a patented, hand-held pre-escalation and apprehension tool that discharges a Kevlar® tether to temporarily restrain uncooperative suspects and persons in crisis from a distance. Through its many field uses and growing adoption by agencies across the globe, BolaWrap is proving to be an effective tool to help law enforcement safely detain persons without injury or the need to use higher levels of force.