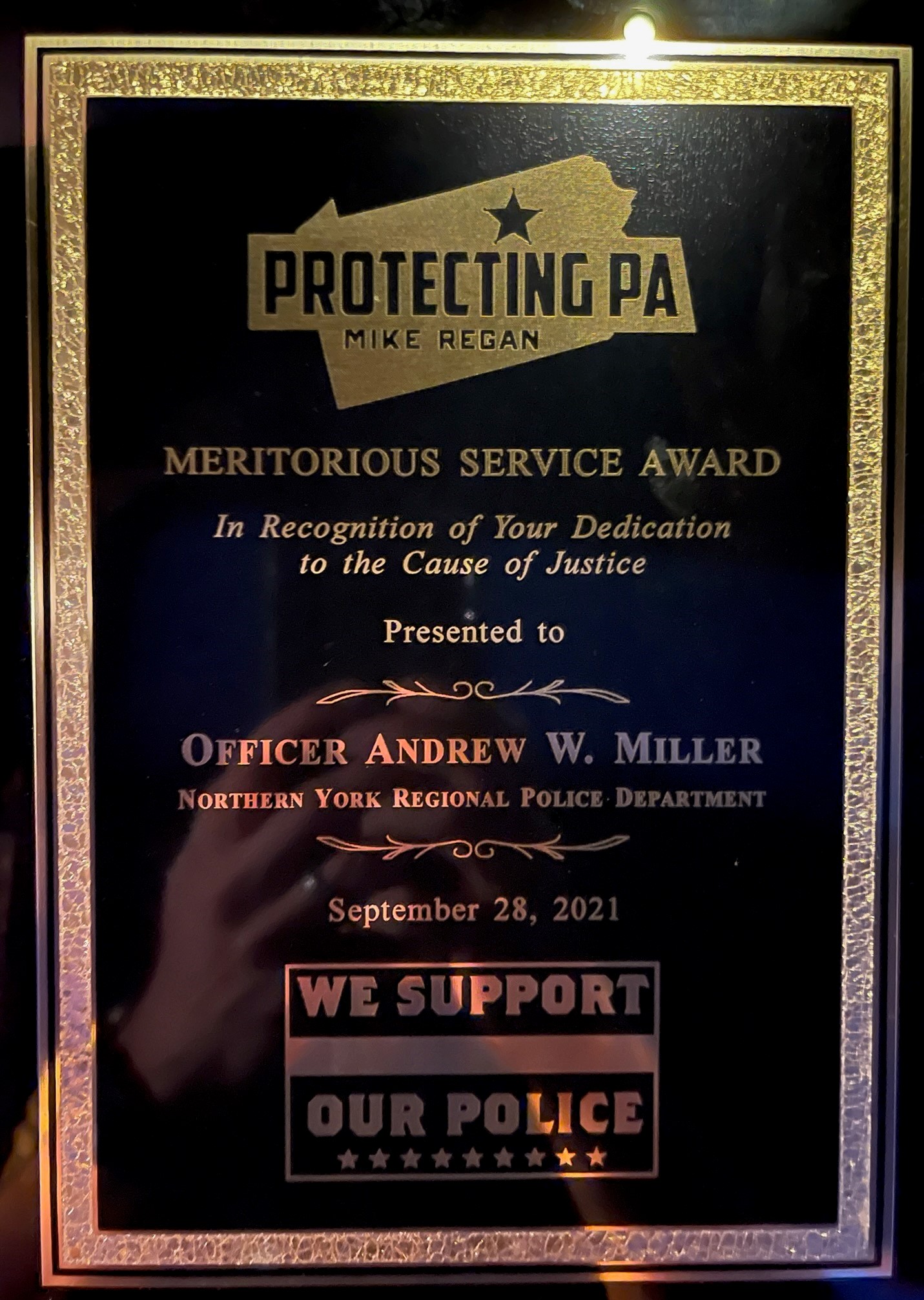 On 09.28.21 Northern York County Regional Police Officer Andrew Miller received a Meritorious Service Award.  The award was a recognition of his ongoing dedication to excellence and professionalism in serving his community.

The award was given to Ofc. Miller at a We Support Our Police event held by Senator Mike Regan.  The event was held at the Dill Tavern in Dillsburg, PA.

Senator Regan stated that when searching for the first recipient of the Meritorious Service Award he solicited the assistance of York County District Attorney David Sunday.  District Attorney Sunday then addressed the crowd.

Andrew Miller is a 2007 graduate from Spring Grove Area High School and a 2011 graduate from Lock Haven University with a Bachelor of Science Degree in Criminal Justice.  He graduated from the Harrisburg Area Community College Police Academy on November 17, 2011.

Over his career he has received 15 Citizen Commendations and 9 Chief’s Commendations.  He was named the 2017 Northern York County Regional Police Officer of the Year.  He is a Standardized Field Sobriety Instructor along with being a Field Training Officer.