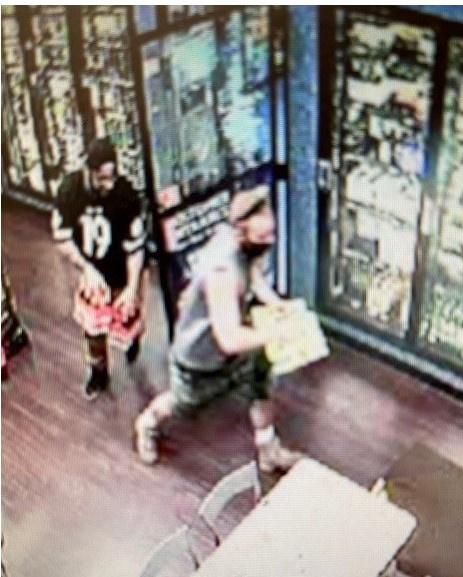 The actors in the photo have successfully been identified.  The male in the football jersey is 32 year old Gregory Brown of Conewago Township.  The other male is 31 year old Kevin Rogers of Harrisburg, PA.  Each individual was charged with one count of Retail Theft.

The Northern York County Regional Police Department is investigating a retail theft that occurred on 10.06.21 at 10:30PM at the Rutter’s Farm Store located at 2125 Susquehanna Trail in Manchester Township.

The unknown actors, pictured above, exited the walk in refrigerator with two twelve packs of Twisted Tea and two six packs of Redd’s Apple Ale.  The beverages were worth over $80.00.  The actors fled the store without paying for the merchandise.

If you can identify either of these individuals you are asked to contact the Northern York County Regional Police Department at 717.467.TELL (8355) or tips@nycrpd.org