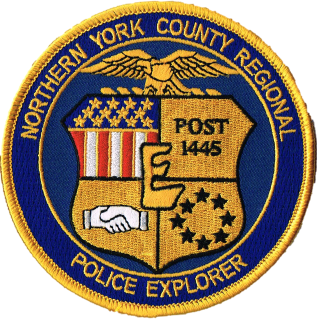 On 01.26.22 the Northern York County Regional Police Department Explorers Club – Post 1445 met for the 2021 Awards Ceremony. At the meeting two new applicants were sworn in as Explorers upon successfully completing their background investigation and reference checks.

Two Explorers were promoted to the rank of Sergeant.

Three Explorers were promoted to the rank of Corporal.

There were 18 Explorers in attendance. Awards given out were:

Anyone between the ages of 14-20 interested in becoming involved with the Northern York County Regional Police Department Explorers Program can email Sgt. Irwin at cirwin@nycrpd.org for information.

One Week Until National Night Out

Two Weeks Until National Night Out 2022