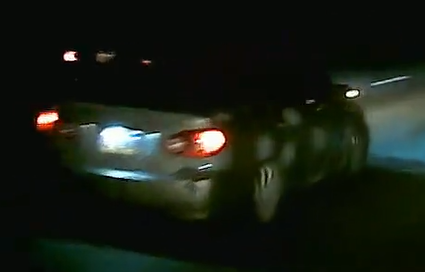 On 09.24.22 at 1:57 AM the Northern York County Regional Police Department investigated an ambulance being shot along Loucks Rd. in Manchester Township. The Ambulance was a Life Team ambulance. The ambulance was eastbound on Loucks Rd. eastbound east of Roosevelt Ave. when they noticed the vehicle pictured above.

Nobody was injured in the incident. The ambulance was occupied by three employees. There were no patients in the ambulance. The ambulance drove to a point of safety and called the police.

The suspect vehicle is believed to be a 2003-2008 Toyota Corolla, gold in color, with distinctive primer colored spots on the passenger side.

If you can identify this vehicle you are asked to contact the Northern York County Regional Police Department at 717.467.TELL (8355) or tips@nycrpd.org.