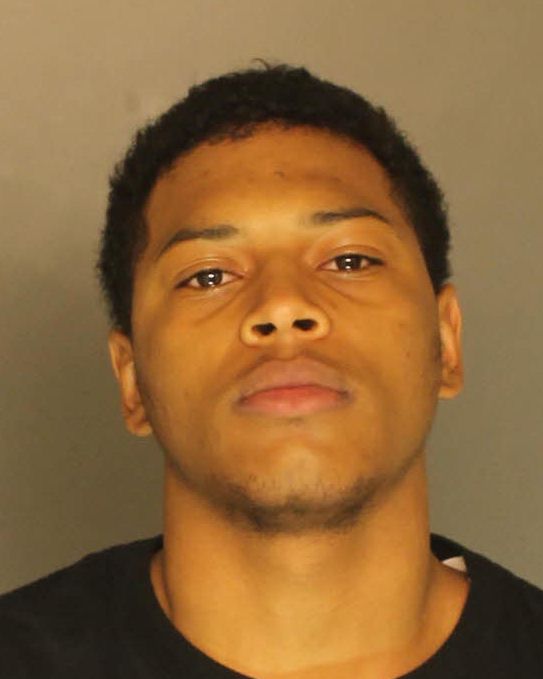 On 05.14.21 at 12:39 pm the Northern York County Regional Police Department investigated a report of gunfire in the 500 block of N. George St. in North York Borough. Witnesses reported hearing up to 10 gun shots.

One actor was to be shooting from a blue Ford Fusion that was on First Avenue at N. George St. The unknown actor in the Ford was shooting northbound at a man who was standing on a lawn of a home in the 500 block of N. George St. The Ford was hit with at least one round. Broken glass from the vehicle was left on scene at it fled south on N. George St.

The gunman on the lawn was reported to have ran east from the scene. The police located the second shooter along Willis Run behind Smalls Athletic Field. He was identified as 20 year old Josiah Wilson of York City. Josiah Wilson advised that he had an issue with the occupants of the Ford Fusion because they had been harassing his younger sister. He would not identify the occupants of the Ford Fusion.

The Northern York County Regional Police were later advised that there was a gunshot victim at the York Hospital Emergency Room. Detectives responded to the hospital and spoke to a 19 year old male. The male was treated and released for a grazing wound to his head. Details of the interview with the victim at the hospital are still being verified at this time.

Josiah Wilson was taken to the York County Booking Center and arraigned on charges of Criminal Attempt – Aggravated Assault, Firearms Not to be Carried Without a License, Propulsion of Missiles Into Occupied Vehicles, Simple Assault, Recklessly Endangering Another Person and Possession of a Small Amount of Marijuana. Josiah Wilson’s bail was set at $50,000.00

If you have any information regarding this incident you are asked to please contact the Northern York County Regional Police Department at 717.467.TELL (8355) or by emailing tips@nycrpd.org