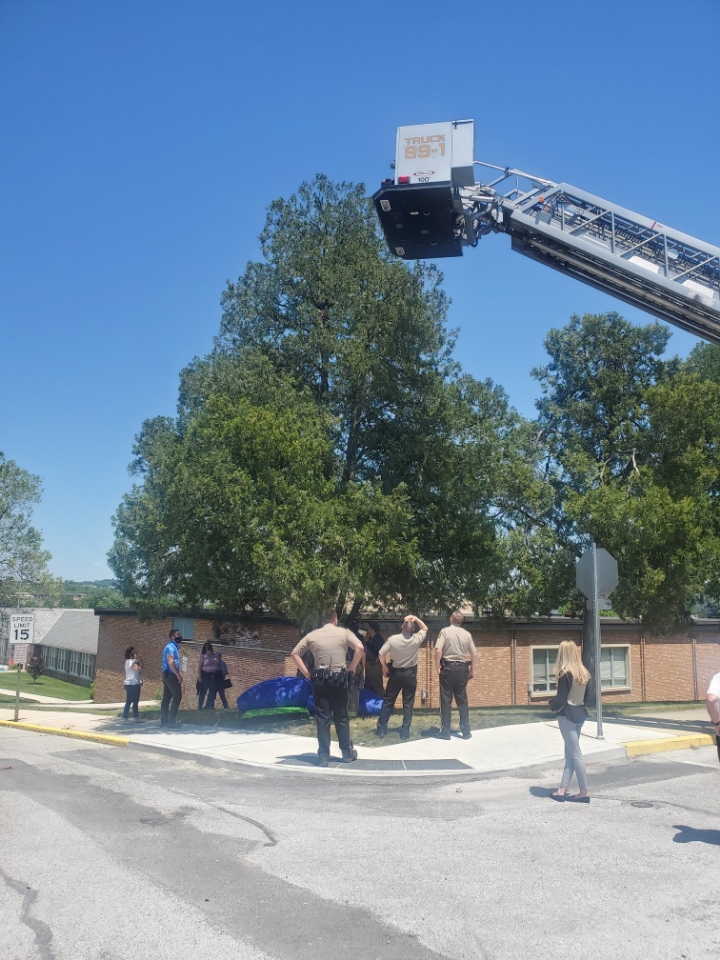 The student ran to the corner of N. Queen St. and E. 6th Ave. which is still on the campus of the school.  At the corner he climbed a tree.  When school staff attempted to talk to him he climbed the tree even higher.  The student reached a height of 25 to 30 feet in the air.  He could not safely return to the ground on his own.