On 08.16.2020 at 1254 hours the Northern York County Regional Police Department responded to a report of an altercation with injuries in the 1100 block of North George Street in North York Borough.

Arriving officers located a large amount of blood on the sidewalk in the area. Information was received from York Hospital that a subject had just arrived at the Emergency Room with multiple stab wounds.

Initial investigation found that a 30 year old male and an unknown male became involved in a physical altercation in the 1100 block of North George Street. During the altercation the 30 year old male suffered multiple edged weapon wounds. He was transported to York Hospital in a private vehicle. He suffered life threatening wounds and is in grave condition.

The investigation into this incident continues. Anyone with information is asked to contact the Northern York County Regional Police Department at 717.292.3647 or through our tip line at 717.467.8355 or tips@nycrpd.org.

On August 16, 2020 at approximately 1254 hours the Northern York County Regional Police Department responded to a report of a fight in the 1000 block of North George Street in North York Borough.

Witnesses reported that two men were fighting. Additional information indicated that one of the men was badly injured and had numerous wounds to his upper body. The assailant fled the area in a dark gray colored Dodge Charger. The victim left the scene in a separate vehicle.

Responding units found a large pool of blood on the sidewalk. York Hospital advised that a stabbing victim had just arrived at the hospital and that he had suffered numerous stab wounds to his body.

The victim’s vehicle was located to the rear of the 1100 block of North George Street. It was covered in blood stains both inside and out.

Investigators determined that the victim had a previous altercation with Syied Drummond. Syied Drummond had just recently purchased a dark gray Dodge Charger from a car lot in Dover Township.

On 08.17.2020 investigators located the Dodge Charger parked in a parking lot in the 400 block of Ridge Ave in York City. While investigators were having the vehicle towed, Drummond was spotted in the area. He fled on foot and was able to elude apprehension.

On 08.18.2020 investigators obtained an arrest warrant for Syied Drummond. Drummond is still at large and should be considered dangerous.

Anyone with information on the whereabouts of Syied Drummond, is asked to call 911 or the NYCRPD Tip Line at 717.467.TELL or email tips@nycrpd.org 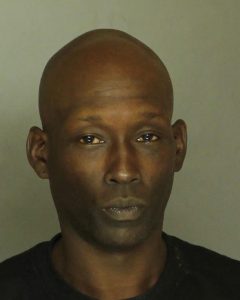 By admin 5 hours ago

By admin 3 weeks ago

By Lt. Gregg Anderson 2 months ago